After the “exposure” of how many of these fitness “transformations” are pulled off in an afternoon, I’m sure some people think that most of this fitness stuff is outright fraud. Most of it is, but sometimes a person of visibility illustrates just how much can be done if consistent persistence is applied over a long period of time. Example: Hugh Jackman

A couple weeks ago Mr. Jackman (I don’t know him, so I’m not going to call him “Hugh”) posted a photo of a big deadlift, which is a pretty rad photo to be honest: 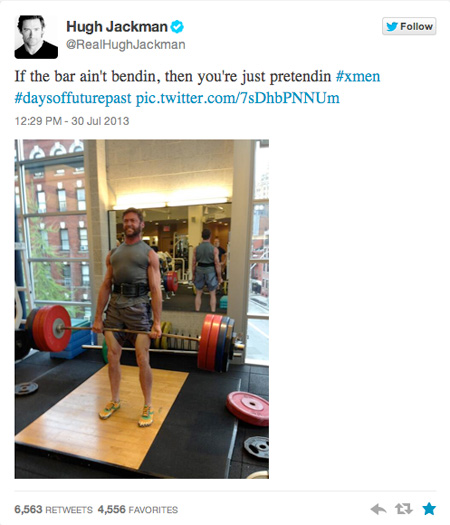 After a few days of swooning from the collective internets, he posted the photo of his transformation to advertise his trainer’s services: 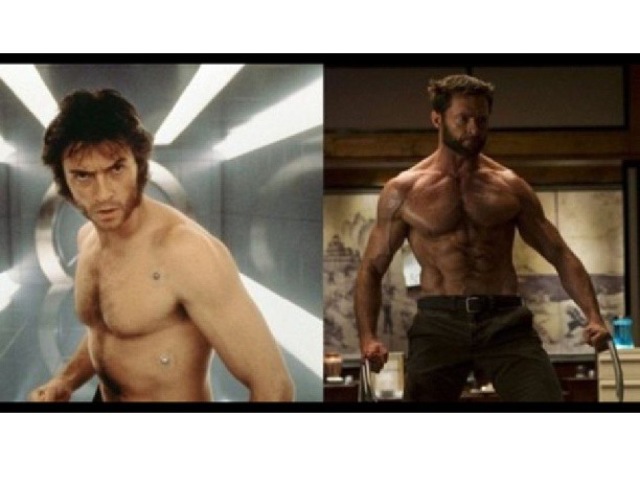 Pretty awesome, huh? Great gains in lean tissue and a loss of some body fat. His trainer must be the best ever.

Actually, the before photo is from “X-Men (2000)” and the latter is from “The Wolverine (2013).” So that’s what 13 years of hard work, consistency, and dealing with setbacks can get you. It’s a really awesome transformation and I’m not taking away from his accomplishments; in fact he illustrates just how slow this stuff actually takes to achieve. I’ve written before about how slow lean tissue is gained, on average, but here’s a nice visual illustration of how this isn’t an overnight, or even a 3 year, process. You better be doing something you like if you’re going to be doing it for the rest of your life. If you stick with it, maybe you’ll be able to show me a similar after shot a decade from now!