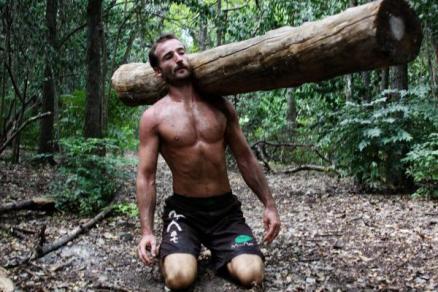 Nothing like a hyperbolic title to get a person’s attention!

That said, I’ve been thinking about this a lot lately. Though in my early 30’s, I think a great deal about the notion of sustainable training. That is, what are modalities that a person can take up in their life to improve their health that have long shelf lives? Though something like powerlifting is very useful, you’ll find many more people participating in their teens through their thirties than you would in their sixties and seventies. I find the odd 80 year old hugely inspiring, but you don’t see the graveyard of the people who trained in basically the same manner who are just beat up old weightlifters or quit training after a gnarly injury. Remember, our joints are meant for millions of movement cycles and the wear is cumulative assuming no acute injury. Those years of junky muscle ups may turn into a “mysterious” frozen shoulder in your 50’s, that you’ll be dealing with in some capacity until you die.

Which is to say, I’m aiming to avoid that.

BUT I’ve been spending a lot of time lately doing some handbalancing. Prior to ~9 months ago, I had never stood on my hands or even attempted it. Now my best handstand is 20 seconds and long term I’d like to build up to a press handstand and a one arm handstand. These are my hobbies, but I’ve also enjoyed some minor acrobatics and other stuff just for fun.

This brings me to something I discussed in my “Grand Unified Training Spectrum” post, namely that HIT guys are super narrow unless prodded to do more movement. They generally find flexibility useless (I used to, but now I disagree), mobility work unnecessary (it has great value), and from those I’ve met they suggest that people live in a hyperbaric chamber between workouts (To quote Dr. Ben Bocchicchio). Can you imagine how much “fun” that would be?

The point is to take the strength you build and apply it in your life. This is the “Active Phenotype” that amazing mutant researchers like Frank Booth talk about. It helps if your macroenvironment supports lots of physical activity, rather than just exercising within your microenvironment. A culture of activity furthers the active phenotype through avenues of physical activity. But if you live in a city that does not support this, what are you to do? No matter how perfect the program, an otherwise sedentary life is going to hamstring health and longevity.

So HIT is very efficient, is sustainable, is joint friendly, focuses on stimulating new muscle tissue and all of its endocrine-altering effects. What do you do the rest of the time? Patrick Diver had it right when he was interviewed at Conditioning Research:

My take on it goes like this:  do a HIT session once a week to cover your bases, and then go jump, roll, fight, climb, cycle or whatever else that seems like fun to you.

From a learning perspective, you’d be hard pressed not to learn to move better from participating in Movnat. I used to think Erwan was a crazy French hippy but after many discussions with him, his point that physical activity should make one more adaptable, should be in line with natural human movements (“phylogenetic movement patterns” in motor learning lingo), and should be an expression of the human animal (e.g. “active phenotype”) is true. I agree 100%. The thing is that too many people confuse exercise for physical activity. They’re not the same: exercise is akin to a flu shot that necessitates a long recovery interval to manifest a measurable improvement in what you’re exercising. Physical activity should be done with a greater frequency, as practice for the sake of bettering the movement quality requires such. Further, one should not be trying to quantify the exercise benefit of physical activity, as getting better can often mean diluting the exercise benefit. This is why you have fitness tourists: after they suck, they move on because it got “easier.” So Movnat is great and it’s even better when combined with HIT or a time efficient program looking to make the muscles stronger. Win-win.
What can you do if you don’t a have some sort of Movnat practitioner near you or you simply don’t want to pay for it? You could do the MODs from Movnat if you have the space and facility, but what if you wanted more structure? There’s something that fills the gap: Floor 1 from GMB Fitness. They’ve distilled everything I’ve discussed earlier into a program that builds you from the ground up for higher quality movement, dexterity, and body control. This is the “gap” that just lifting misses: you WILL go out of alignment in the real world. Giving yourself “Biomechanical Headroom” will go a long way toward keeping you injury free while also having a good time just movement and learning what you can do with your body.
I’m not an affiliate of GMB, nor have they given me anything. It’s just the only program I know of that can fill the gap if you have no interest in doing a sport or are not otherwise improving general movement quality (at least until Erwan’s book comes out).
Remember: the body gets better at doing or not doing the things you regularly do. Pay attention to your movement quality and you’ll be keeping that movement quality for the large majority of your life.