I turn 35 on Wednesday, so let’s dive into what I’ve done over the past year and things I’ll modify over the next.

As I discussed in my post last year, the foundation of my training remains the same: evidence-based strength training. It’s what my business is built on. It’s what my physique has been built on. It is the fountain of youth.

Since then, I’ve largely stayed the course. The past 12 months have seen a general structure:

Otherwise my weeks have been filled with lots of playing around. Physically I’ve made some decent strides: I ran my fastest mile and 5k ever on low volume training, I appear to have added some shoulder mass (which was a general focus through the year), and I managed that in the context of training 80+ sessions per week as of late. I am pleased with the results (and also have added a beard): 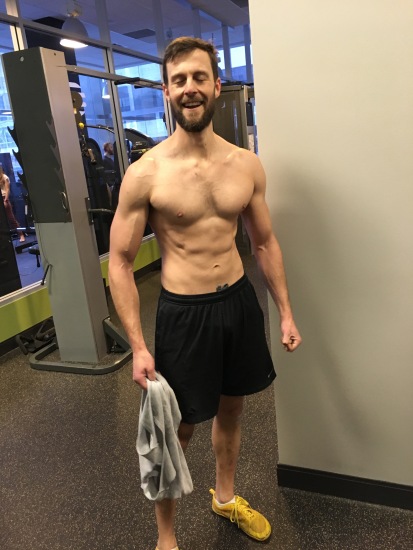 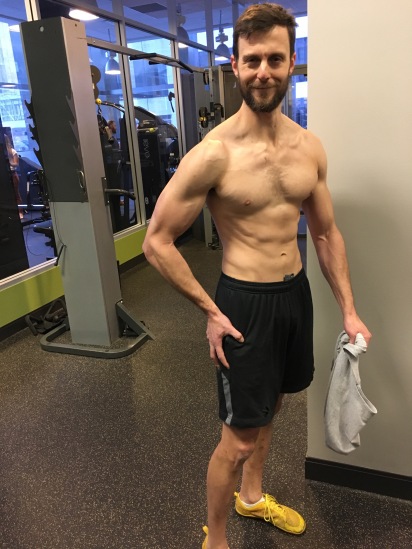 And just a side by side for those of you keeping score at home: 17 on the left, 35 on the right: 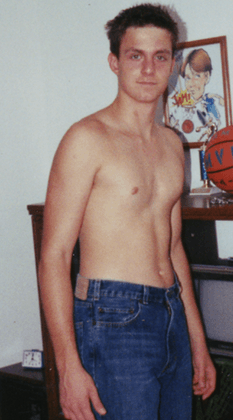 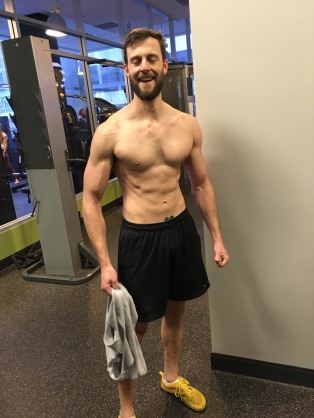 The past year also followed a sort of “instinctual” training, where I really didn’t have much of a plan per se, nor something to check against in the near term. This is freeing on one hand and tyrannizing on the other. If you have decision fatigue after a day of training clients (and you’ll have some), you might defer to something easier or simpler in your training. I found myself mentally “cruising” for weeks at a time, checking the training box, and building the business. THIS IS NOT A BAD THING! There just might be a better way, as I’ll discuss below.

The above could also have been written “Less Stasis, Less Winging It, Less Endless Training Cycles.” When I was at the Resistance Exercise Conference this past weekend, I was finally able to meet James Fisher who was as much fun as I had hoped. He’s also a damn hard worker and sharp as a tack: 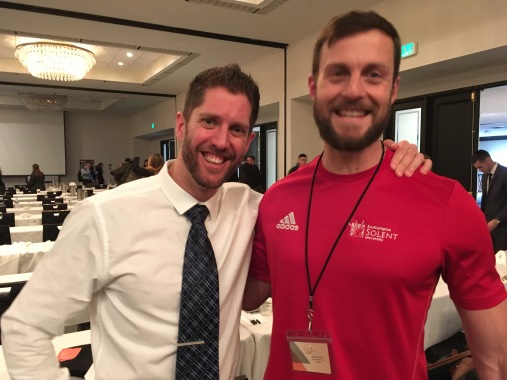 In his talk, he presented some interesting data from a number of training studies pertaining to the “strength-endurance continuum” and how block periodization rarely works in practice. The most interesting thing in my opinion were a series of studies that had trainees work for 6 weeks before taking 3 weeks off, in that order, over 24 weeks. They achieved the same results as trainees who trained continuously for 24 weeks. This reminded me of some of the conclusions from the old HST science, only in actual humans. Do I think it was “magic” or simply a combination of fresh trainees, and previous size and strength gains? Yes, that one.

He also compiled the data on a study presented comparing 3 different repetition durations: 2/4, 10/10, and 30/30/30. The conclusion? All roads lead to Rome. Get to failure and you get what you can get. Does that mean you get to do whatever all of the time? No. Does it mean “magic” protocols exist somewhere over the rainbow? Nope. What it means is that as a trainer you have a lot of latitude regarding what protocols to choose from, depending on the client in front of you. What they like, what they prefer, what they’ll do with intensity, if you get them to task failure, will get them where they can go.

Mike Gittleson presented and, among other things,  made the argument that that training the neck muscles would increase running performance and oxygen uptake due to the scalene and sternocleidomastoid muscles being involved in both deep respiration and also acting as a sort of spring counterweight for the pumping action of the arms. Further, fatigue of the respiratory muscles may lead to a central metaboreflex that causes peripheral vasoconstriction, increased RPE, and causing an athlete to slow down. Further reading (1, 2, 3)

As a result, I’ll be putting special emphasis on neck training this year, as I’ve rarely done more than shrugs for any extended period of time.

Changes to the plan

So from those big points (And numerous small points acquired through so so many great conversations), here are the modifications to my training:

Strength: I’ll actually do for myself what I do for my clients: use the Isometric Mid-Thigh Pull as an absolute strength assessment that I check in on every 8 to 9 weeks. My training will include more volume, including some of the classic Nautilus pre-exhaust/post-exhaust, and diversified repetition modalities.

I’ll stick with an A/B routine scheme that will change every 8 weeks or so, but the type of repetition and the use of “advanced overload” techniques will be very instinctually adjusted for that day. Killing it? Bring on the drop sets! Feeling tired? Strict fatigue it is. The proof will be in the assessment before I take 9 to 10 days off, which is the other big adjustment for the year.

Running: I’ve been trying to figure out how to marry the results of my VO2max test with my limited time for training. Of course I initially tried to cram too much in, found that I wasn’t liking it, and simply couldn’t do it. I finally settled on doing a workout with some intense intervals (Gibala or 15 on/15 off at VO2max speed) before a short rest and then a 30 minute steady run just below my lactate threshold. The idea here is to drive up vo2 and lactate before having to deal with the metabolism of the substrate during the more steady run. Given my time available, this is about the most efficient marrying of modalities I can think of.

If I had a race I wanted to jump into, I’d do some very specific time trials leading up to it to train my brain to tolerate the specific type of fatigue.

Last year I added PNF stretching after my workout for my groin, hamstrings, and hip flexors. I’ve enjoyed the added work and the potential benefits on running and ease of movement. This will continue in the new year.

Continued screwing around with my kids is assured!

If I am very lucky, maybe someday in the future everyone will have a story about me beamed into their brain similar to what Clarence Bass had written about him last year. Onward!